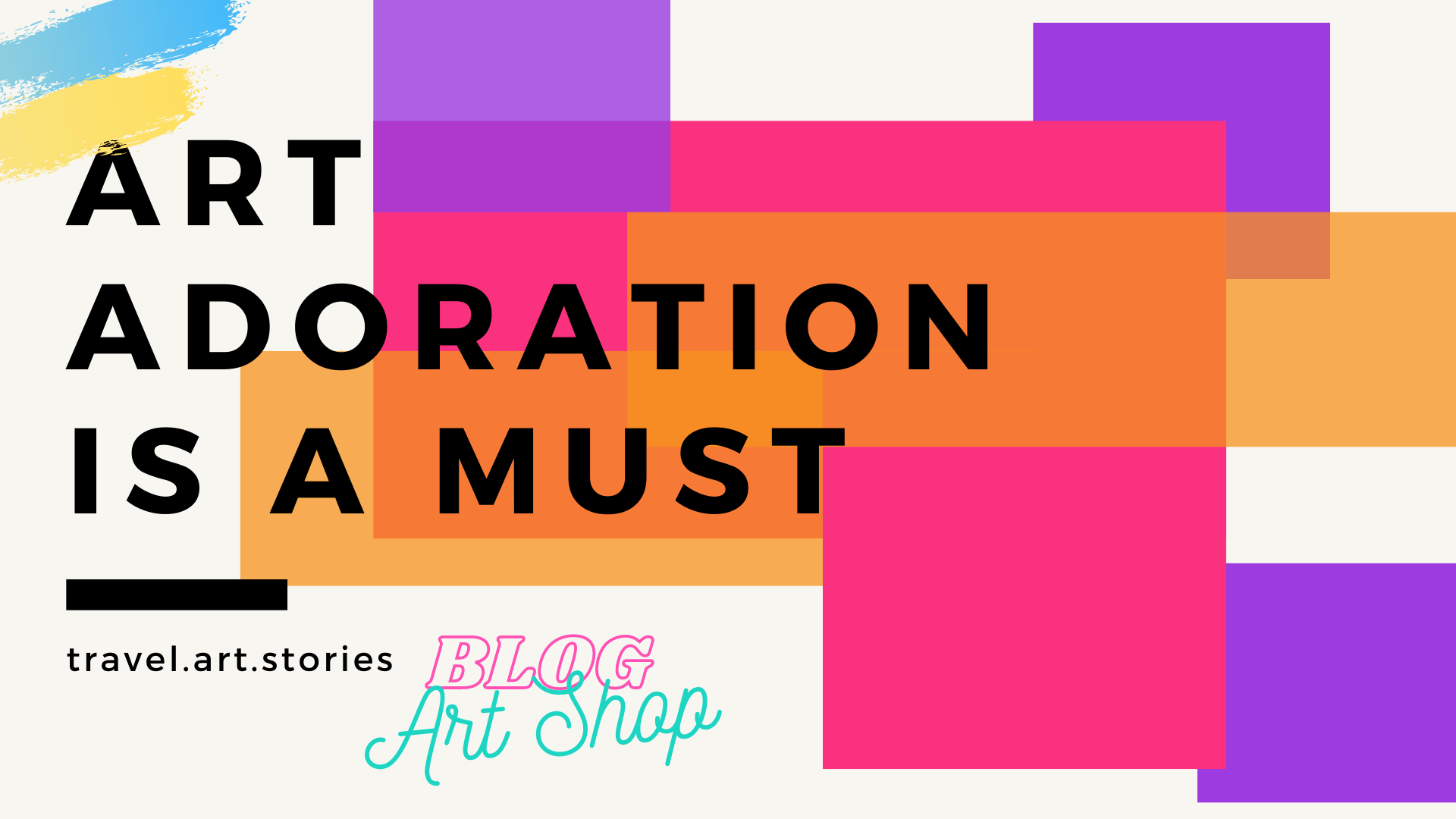 Another series of articles which are dedicated to Art and I start with famous Mona Lisa and Arnolfini Portrait.

Do you know Mona Lisa painting or Black Square? Sure you do. Have you ever had the thought that they are too simple? Why all these paintings became so famous. Nothing is special about them. We all can paint Black Square. Or, please all that Pollock smears (just in case I like his paintings).

No, I am not saying that they are not great – they are, but what is special about them? What is the story behind them? I want to make a research, go into depth and understand what made the most famous, iconic paintings famous. I also would like to prove that they deserve all that hype they have. And our interest towards them is not imposed by others – historians, marketers, art dealers etc.

I would like to start with Mona Lisa by Leonardo da Vinci. Just another ‘cover girl’ so why we still adore her?

Mona Lisa probably the most famous art masterpiece in the world. How could it happen? 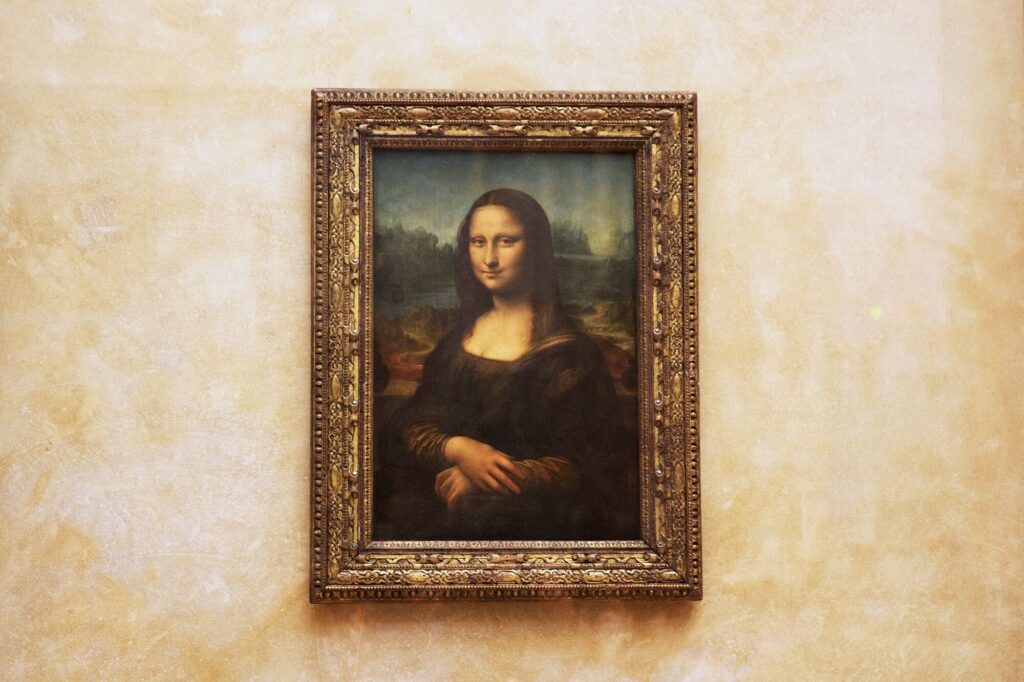 First, as most of the painting from the Renaissance period, Mona Lisa has lots of secrets and hidden signs. Who is the person in the painting? The official version claims that she represents a wife of a Florentine aristocrat. Some say that it is a self-portrait of Da Vinci, a portrait of his mother, a man, a transgender, and many other versions of its origin.

There is a rumour that Mona Lisa has various hidden codes. I don’t believe, to be honest. That time artists didn’t have as many facilities as modern artists have now. It’s difficult to get as much paper or cartoon as needed, so artists just painted on old cartoons. It means that if you see anything hidden in the Mona Lisa painting (by making expertise, for example). It’s possible that Da Vinci used several cartoons, that’s it.

Her smile is the main mystery in the art of all ages. The experts claim that she doesn’t smile at all. But you can’t deny that when you look at her you see her smiling. This cartoon has a specific energy. Probably Da Vinci made her laugh. To be honest, her smile reminds me ‘A woman in love’. Seriously, when you have the romantic period of your life, you smile with the ‘inside’ smile. It’s like happy energy comes through your eyes and lips. So, maybe Mona Lisa was crushed on Da Vinci?

So, Mona Lisa was just an ordinary piece of art, not more. Her smile is not the main reason for her fame. When this ‘hysteria’ has begun?

The son of a bricklayer, Perugia in 1907 has stolen the painting from Louvre. After that, there was an explosion! It was the first time when high art appeared on the cover of the magazines. High Art became mainstream.

If you look at portraits that were painted in the same period as Mona Lisa, you more likely to see ‘feelless’ faces without any emotion. Again, it’s like the comparison of a passport photo with the one with emotions. So, Da Vinci made a revolution in art, he reflected emotion in his work. She is alive in the picture.

“At the time of the “Mona Lisa” heist, Leonardo da Vinci’s masterpiece was far from the most visited item in the museum. Leonardo painted the portrait around 1507, and it was not until the 1860s that art critics claimed the Mona Lisa was one of the finest examples of a Renaissance painting.” (Source)

When Livingstone blurred the face with a filter, the Mona Lisa looked as if she were smiling cheerfully. But homing in on the fine detail gave her a more demure expression. So Livingstone says that in his painting, da Vinci achieved an unusual effect: the Mona Lisa’s smile changes depending on where you look. (Source)

By the way, you can purchase Mona Lisa print t-shirt in Art Shop – T.Art.S!

This artistic masterpiece is more likely to be famous in artists’ circles. If you fond of art, you probably know this painting. If not, I will tell why you need to pay attention to it.

This masterpiece is full of secrets and hidden signs. Ask yourself, what do I see in the painting? A couple holding each other’s hands?

If you watch different documentaries about this painting, you will see how art historians ‘go into depth’ and show how many secrets it has. Personally, I watched a documentary about one art historian who dedicated his life to unravel all hidden secrets and signs of Arnolfini Portrait.

Wife’s green dress.
Green is a colour of fertility. Following this, art critics claim that she is pregnant. A white cap signifies her purity. It was the actually traditional wedding dress.

Everything in the mirror.
Look at the mirror on the back, and you will see some hidden signs. There is a Passion of Christ and other religious symbols on the mirror’s frame. on the site of wife, there are death themes. On the side of husband – life. Mirror and its symbols have various explanations. Some claim that it signifies that female on the painting will die after parturition. Others say that these symbols signify the Holy Virgin’s immaculate conception and purity. Or, some even think that these symbols are a sign of (feminists shouldn’t read this) a saint nature of male, and sin of the female.

In the mirror you may see two persons in the doorway, one of whom can Van Eyck himself. By the way, the artist uses the mirror as his beloved effect. Above the mirror there a signature of the artist Johannes de eyck fuit hic 1434 (Jan van Eyck was here. 1434).

A couple itself. According to their gestures, Giovanni (husband) holds his wife hand in way of dominant position. He also stands near the window and it signifies his role as a man – outside world, while his wife represents home, and stands by the bed.

A dog. The dog may signify the wealth of the couple, as only wealthy people could afford a pet. Or, the dog may refer to loyalty sign.

What I like about 16(+/-) century paintings, they full of mystery and hidden sense. I think it’s because artists didn’t have enough freedom, so they needed to ‘hide’ their messages. Arnolfini Portrait is an example of symbolism in art. All the signs I described above might be fake. And, probably art critics will tell the real truth about this painting.

Do you think Mona Lisa & Arnolfini Portrait are special? Share your thoughts.